The William James Association is a nonprofit, community service corporation founded in 1973 by Page Smith and Paul Lee. The association is named for the American philosopher, William James, who was deeply concerned with the relationship between philosophical thought and social action. In his famous essay, “A Moral Equivalent of War,” James proposed what came to be called “work service” as a substitute for war service.

The Citizens’ Committee for the Homeless was originally under the William James Association umbrella and was the impetus for the purchase of the River Street Shelter in Santa Cruz, CA. WJA also sponsored A Free Meal, which has become Santa Cruz’s Homeless Community Resource Center. Other projects undertaken by WJA over the years include: the Penny University, Museum Without Walls, Community Gardens, Fruition, the Prison Arts Project, and related arts programs in California Youth Authority, the California Department of Mental Health, and the Santa Cruz County Jail.

Through the vision and efforts of Eloise Smith, the William James Association began the Prison Arts Project in 1977 as a pilot program at the California Medical Facility, a prison in Vacaville, CA. Since that time, WJA has dedicated itself to providing arts experiences to incarcerated individuals in the belief that participation in the artistic process significantly and positively affects one’s view of oneself and the world. WJA’s award-winning Community Youth Arts Project grew out of the Prison Arts Program’s success and the desire to intervene with youths at risk of incarceration or other marginalization.

Click here for a 3.5 minute video about Eloise Pickard Smith: A Remarkable Woman, a 2021 exhibit at the art gallery named for Eloise at UC Santa Cruz.
Eloise Pickard Smith was a force of nature, creating art and bringing art into the lives of the myriad, including through the Prison Arts Project which she founded in 1977. Video by Eric Thiermann. 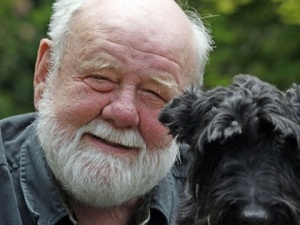 Paul Lee and Page Smith founded the William James Association in 1974. WJA board member Nigel Sanders-Self met with Paul recently and made these short videos of Paul talking about the origins of WJA and the Prison Arts Project. Click here for link.

Unlocking hearts and minds with bold, original theatre, The Poetic Justice Project is dedicated to the creation of original theatre that examines crime, punishment, and redemption.

Through the passionate collaboration of formerly incarcerated writers, artists, musicians, and actors, we produce ground-breaking theatre that challenges and transforms our culture. The Poetic Justice Project was adopted in 2009 as a program of the William James Association.

Working with the Santa Cruz Sheriff’s  Department and the Santa Cruz County Office of Education, WJA holds art classes in our local jails. Recent changes in state law (AB109) mean that jail inmates are serving longer terms. We believe that they should have access to the transformative power of the arts through regular fine arts classes.